Reporters Without Borders (RSF) filed a complaint against Facebook France and Facebook Ireland for deceptive marketing practices. In a statement, the non-governmental organization (NGO) accuses the social network of being in contradiction with its general conditions of use (CGU) and its advertising campaigns. In question, the profusion of hate messages and false information.

Filed with the Paris prosecutor on March 22, 2020, the complaint is based on findings from bailiffs, testimonies from former employees and others. In this way, “RSF demonstrates that the commitments of the Californian company to consumers are largely based on false allegations”, details the organization for the defense of press freedom. In addition, Facebook is represented by the organization EDiMA, which is lobbying the European Union for better protection of tech giants with regard to moderation of content.

With 40 million users and consumer law that lends itself particularly to this case, the choice of France is not trivial. France embodies a starting point for a business with international ambitions. Other complaints are to come in other countries, notes RSF. The goal: to succeed in bending Facebook in a country. The social network with identical conditions of use throughout the world, a French court decision – or other – would impact all Facebook users regardless of their location.

Facebook is positioned as the least secure social network for women

To justify the presence of hate messages, RSF relied on the case of the Facebook page of Charlie Hebdo. Following the “Tout ça pour ça” issue, published in September 2020, at the time of the opening of the trial following the January 2015 attacks, a number of hate messages were published on their page. Journalists from L’Union and the show Daily also receive threatening and hateful comments on Facebook. As evidenced by the deaths of 12 people in the attack on Charlie Hebdo and the assault, in February 2021, of a journalist from L’Union, it is not all about words.

In its T & Cs, Mark Zuckerberg’s company is committed to “a safe and error-free environment” while prohibiting the sharing of “anything (of) illegal or misleading”. A theory far from the practice according to RSF. The NGO points to the sharing on the social network of the documentaries Hold Up and Manigance-19, the inaccuracy of the facts of which was pointed out by theAFP. Among the many videos of Hold Up posted on Facebook, five of them had 4.5 million views in two months. On the side of Manigance-19, over two months, the video was viewed about 4,000 times a day. All despite an advertising campaign praising the actions of Facebook to provide “precise information in real time, to better fight against the pandemic” broadcast at the beginning of the year 2021.

According to a report (PDF) produced by First Draft, Facebook is the platform where conspiracy theories circulate the most. According to the German Marshall Fund, in the fourth quarter of 2020, 1.2 billion interactions with “deceptive” sites took place on Facebook. A decrease compared to the third quarter of 2020 which had more than 1.5 billion. 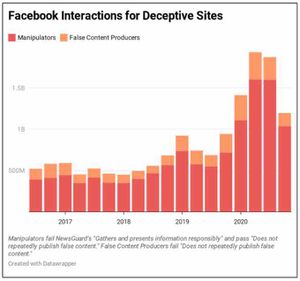 In addition, a report (PDF) from UNESCO classifies Facebook as “the least secure of the big platforms” for women. In March 2021, 14 feminist activists took Facebook to court. In question, the censorship of some of their posts on Instagram while the harassment targeting them remains very present. 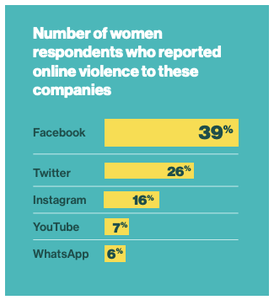 RSF attacks Facebook France on articles L121-2 to L121-5 of the consumer code. These articles focus on “false or misleading allegations, indications or presentations”, both on “the essential characteristics of the good or service” and on “the scope of the advertiser’s commitments”. In the event of an offense, the fine is up to 10% of the average annual turnover.

17 Books In Verse You Have To Read Asap

How Will Self Driving Cars Influence Society In A Daring Means?

Youtube Star Who Earns $1 6 Million A Yr Shares How...